History of the Gorgoepikoos Icon

The best-known miraculous icon of the Holy Mountain Mount Athos, after Panagia Portaitissa, is an ancient wall-painting of the Blessed Virgin on the outside of the eastern wall of the refectory, to the right of the entrance, in the Docheiariou Monastery. END_OF_DOCUMENT_TOKEN_TO_BE_REPLACED

Comments Off on History of the Gorgoepikoos Icon

The Falling Asleep of St John the Theologian

The Holy and Divine Theologian, John the Evangelist was the son of Zebedee and Salome (one of the daughters of Saint Joseph the Betrothed), and the brother of James the Great. John and his brother were called at the same time to be followers of Christ and became two of the three (the other, Apostle Peter) closest disciples of Christ. They witnessed the healing of many people, the Light of the Transfiguration at Tabor, as well as many other miracles. Saint John, being the youngest of all the disciples, was also the most beloved disciple of Christ, following Him from the beginning of his ministry all the way to his Crucifixion and Burial. In the icon depicted, the Evangelist is shown leaning on the Lord’s chest at the Last Supper, a sign of love between the two. END_OF_DOCUMENT_TOKEN_TO_BE_REPLACED

Comments Off on The Falling Asleep of St John the Theologian

The Idolatry of Not Taking Up Our Crosses: Homily for the Sunday After the Elevation of the Holy Cross and The Great Martyr Eustathios 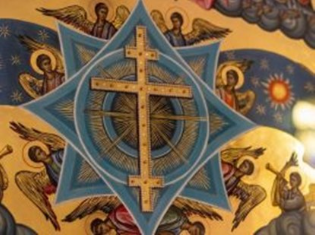 As we continue to celebrate the Exaltation of the Holy Cross, we do something that would have made no sense to anyone at the time of our Lord’s ministry in first-century Palestine. The cross was then simply the most feared instrument of execution that the Roman Empire used to discourage anyone who thought of rebelling against the military occupation of their homeland. Our Lord’s disciples, along with the rest of the Jews, certainly did not expect a Messiah Who would suffer such a dishonourable fate. They wanted a new King David to liberate their land from the pagans and to bring power and glory to their nation. They wanted a deliverer to gain the whole world on their behalf, but who would have been unable to heal their souls. END_OF_DOCUMENT_TOKEN_TO_BE_REPLACED

Comments Off on The Idolatry of Not Taking Up Our Crosses: Homily for the Sunday After the Elevation of the Holy Cross and The Great Martyr Eustathios

The one who knows God…

~ Words of the Church Fathers ~

The one who knows God will follow the Lord’s footsteps, bearing the cross of the Saviour.
It is said, “The world is crucified to him and he to the world.”
The Lord says, “He who loses his life will save it.”
We can “lose our lives” in one of two ways. First, we can risk our lives just as the Lord did for us. Secondly, we can separate our lives from the customary things of this world.
Bearing the cross means to separate our souls from the delights and pleasures of this life.
If you do this, you will find your life again – resting in the hope of what is to come.
Dying to ourselves means being content with the necessities of life.
When we want more that these necessities it is easy to sin.

~ St. Clement of Alexandria in ‘The One Who knows God’

Comments Off on The one who knows God…

Filed under Readings, Wisdom of the Church Fathers

THE POWER OF THE CROSS

~ Words of the Church Fathers ~

The mysterious power of the Cross, however inexplicable, is true and indisputable. St John Chrysostom speaks of the custom that obtained in his time, of placing the sign of the Cross ‘on the imperial diadem and the soldiers’ accoutrements, and of making it on parts of the body: the head, the breast and the heart, both at the table of sacrifice and on lying down in bed.’ ‘If’, he says, ‘we are striving to drive out demons, we use the Cross, and it is also of aid in healing sickness.’ St Benedict made the sign of the Cross over a glass containing poison, and the glass shattered as if struck by a stone. St Julian made the sign of the Cross over a cup of poison brought to him, and drank the poison, suffering no bodily harm from it. The holy martyr Vasilissa of Nicomedia protected herself with the sign of the Cross and stood in the midst of the flames, remaining completely untouched. The holy martyrs Audon and Senis crossed themselves when ravening wild animals were let loose on them, and the beasts became docile and meek as lambs. The sign of the Cross has been the most powerful weapon against great temptations from demons, from the early ascetics down to the present day.

The most ferocious of the devil’s devisings are dispersed into nothing, like smoke, when a man signs himself with the Cross. Thus it was the good will of the Lord Jesus Christ Himself that the erstwhile sign of wickedness and shame, the cross, should, after His crucifixion on the wood of the cross, be the vehicle of all-conquering power and might.

Comments Off on THE POWER OF THE CROSS

Filed under Readings, Wisdom of the Church Fathers

In today’s Epistle (Galatians 6:11-16), we hear the words: “what counts is a new creation.” That is what we are trying to do. We come to church and see the icons, these are people, scenes and events transfigured by God into holy events and holy people. We come here and experience bread and wine transfigured into the Body and Blood of Christ. We come here as individuals and are transformed by the Holy Spirit into the Body of Christ, God’s own church. END_OF_DOCUMENT_TOKEN_TO_BE_REPLACED

Today, on this Sunday before the feast of the Exaltation of the Holy Cross, the Lord presents the central theme of the Gospel in a few words: God saves the world from the devil and sin driven by endless love alone!
To help in understanding, Jesus uses as an example a miracle which occurred while the Israelites were in the desert (Numbers 21:9). The people had been freed from slavery to the Egyptians by God’s miraculous interventions. Yet, the Israelites often forgot the true God, who poured down upon them heavenly food every day, and worshiped the idols. God, to again bring them close to Him, allowed poisonous snakes to bite them, causing many to die. Moses turned to God with tears, and begged for the salvation of his people from this calamity. God replied: Make a snake statue made of copper, and put it on a high pole – so a cross would be formed – and those who were bitten by the snakes can look at it and be saved. So it happened. This is exactly what happened in the salvation of the whole world and the human race: Jesus accepted being nailed on the Cross, so that those who are poisoned by the devil (the ancient serpent) can turn to Him in faith and be saved. END_OF_DOCUMENT_TOKEN_TO_BE_REPLACED

The Nativity of the Most-Holy Theotokos (September 8) 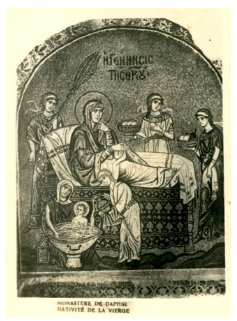 The first Great Feast to fall in the Church Year is the Nativity of the Most-Holy Theotokos. It is entirely fitting that at the beginning of the new religious year all Orthodox Christians should come before the highest example of human holiness that the Orthodox Church holds precious and venerates that of Mary, the Theotokos and Mother of God. This day is seen as one of universal joy; for on this day the boundary of the Old and New Covenants was born the Most-Blessed Virgin, pre-arranged from the ages by Divine Providence to serve the mystical Incarnation of God the Word. END_OF_DOCUMENT_TOKEN_TO_BE_REPLACED

Forgiveness and the Healing of the Soul: Homily for the 11th Sunday of Matthew in the Orthodox Church

Sometimes the truth has to come to us in an unusual way in order to get our attention. That is because most of us are really good at hearing only what we want to hear and seeing only what we want to see. Unfortunately, that means we are skilled in ignoring uncomfortable truths, including the simple teaching of our Lord that we must forgive others if we want God to forgive us. In today’s gospel text, Jesus Christ spoke a very disturbing parable that should make that truth clear to us all. END_OF_DOCUMENT_TOKEN_TO_BE_REPLACED

Comments Off on Forgiveness and the Healing of the Soul: Homily for the 11th Sunday of Matthew in the Orthodox Church

The Holy Forty Virgin Martyrs with their teacher, Deacon Ammoun were captured by Baudos the governor, and were tortured because they would not offer sacrifice to idols. The holy martyrs endured many cruel torments, which were intended to force them to renounce Christ and worship idols. Later, they were sent to Heraclea in Thrace to appear before the tyrant Licinius. The valiant martyrs remained unshakeable, however. Saint Ammoun and eight of the virgins were beheaded, ten virgins were burned, six of them died after heated metal balls were put into their mouths, six were stabbed with knives, and the rest were struck in the mouth and stabbed in the heart with swords.